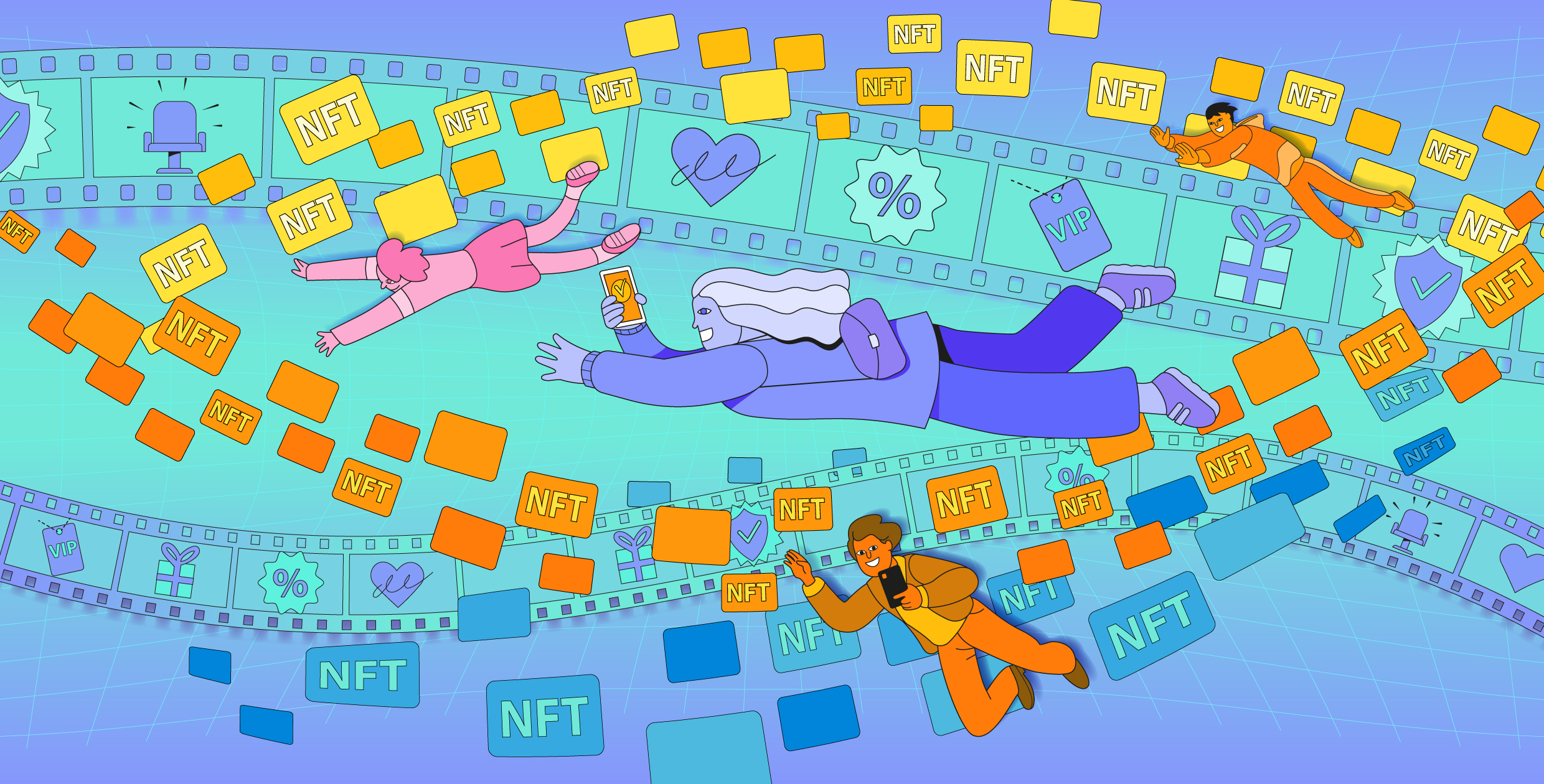 How Cinemas Can Tap the Potential of NFT Ticketing

Live event ticketing is exploring utilizing NFTs to solve long-term sales issues and unlock potential new marketing and fan engagement opportunities. Cinemas can learn from the live event industry’s experiments about how to deliver exclusive experiences for their audiences.

With the widespread return of live events in the last year, the public has demonstrated an insatiable demand that far outweighs the supply of the one thing everyone needs to get into a show – a ticket.

Unfortunately, despite all the developments in digital commerce over the last two decades, the same old problems with ticketing still plague the $65 billion ticketing industry – forgeries, secondary market resale (traditionally known as “scalping”), and tiered presale opportunities that sell out the best seats before fans have the chance to buy them.

Attempts to resolve these enduring problems have raised even more issues. Rock and roll legend Bruce Springsteen is facing criticism for utilizing Ticketmaster's so-called "dynamic pricing" program, which increased the price of tickets based on the demand shown by the online queue. Fans waiting in the queue were shocked to discover that when they finally could buy tickets some seats had a face value as high as $5000.

However, fans of pop superstar Taylor Swift are likely jealous that Springsteen’s fans even had the opportunity to buy tickets. Tickets for Swift’s The Eras Tour sold out entirely in presales, leading Ticketmaster to outright cancel the general sale. Resale sites were almost immediately selling tickets for astronomical prices, some for even more than $20,000 for a single ticket.

And unfortunately, neither of these examples factors in the fans who will spend hundreds or thousands of dollars on “tickets” that turn out to be forgeries and other forms of ticket fraud.

While supply and demand for hot tickets will always be an issue, it’s obvious that there is plenty of room for improvement in ticketing.

In reality, the technology already exists to create a ticketing system in which every ticket is an individual NFT on a blockchain. In fact, the much-maligned Ticketmaster is already exploring the opportunities offered by NFTs tied to tickets, and how these advances might impact the cinema industry is an intriguing question.

Digital NFT tickets can have all the security facets of NFTs and ensure the ticket cannot be duplicated. And to avoid baffling novice consumers who are not familiar with NFTs or digital wallets, the NFT aspects can work as a security system on the back end of a ticketing app and do not need to be consumer-facing.

Through a partnership with Dapper Labs that will utilize the Flow blockchain, Ticketmaster will now offer event organizers the opportunity to issue NFTs tied to tickets before, during, or after the ticketed event. From a synergy perspective, it was a smart match – the Flow blockchain has already been utilized to enable web3 experiences involving fantasy sports and gaming, including NBA Top Shot, an NFT marketplace for fans of professional basketball.

Based on that opportunity for fan engagement, there are several inherent advantages and possibilities to incorporating NFT technology into ticketing:

Provable, unique digital tickets. A legitimate ticket will not be able to be forged.

Reduced scalping… or at least giving the artists a cut. In normal ticket sales, scalpers or bots will game the system to buy up all the best seats in the house, then resell them for much higher than face value. With an NFT ticket, reselling terms can be programmed into the ticket (for example, setting a maximum resell price to ensure resellers don’t exceed a certain upcharge). In addition, the resell process could even be programmed in such a way that event organizers or artists would receive a “kickback” percentage from the secondary sale as an automatic royalty fee each time a ticket is resold. Fans might be more inclined to buy a ticket on the secondary market if they know that part of the inflated price is going to the artist.

Fan engagement opportunities. Many artists have “fan club presales” that allow members of the artist’s fan club (i.e., people who pay a premium for membership of the presale club) to purchase exclusive merchandise or tickets before the general public. An NFT fan club membership token can expand this fan experience even more in several exciting ways to create value in continuous experiences and outlets for engagement. For example:

Unsurprisingly, Ticketmaster has targeted the Super Bowl – annually one of the world’s most-watched sporting events – as ground zero for exploring the use of web3 in ticketing and promotions. At the very least, live entertainment companies are exploring the possibilities of how web3 fits into their models as a marketing tool or to see if it can help garner more fan engagement.

How NFT Ticketing Can Deliver Exclusive Fan Experiences in Cinemas

The cinema industry owes it to itself to pay attention to what other ticketing industries are doing in the web3 space. Though not “live” entertainment, cinema is also an industry based on ticketing. While secondary market sales, forgeries, and limited ticket supply are not issues commonly faced by cinemas, the ability to bundle an NFT with a cinema ticket allows for many exciting opportunities for cinemas. While live entertainment might be leading the movement out of necessity, this could very well be the future of cinema ticketing as well.

The major studios, which are already experimenting with NFTs tied to their biggest blockbusters, can lead the way by offering experiences that can only be redeemed by NFTs that ultra fans can get. Just imagine that fans of a serialized movie franchise like the Marvel Cinematic Universe could receive an invite to exclusive premieres if they collect the NFT ticket “stubs'' from the previous movies in the series.

While some of these opportunities may cater to just the top 5 percent of most dedicated fans, it presents a “give to get” approach that these fans can engage with, making them feel that their investment in the product and loyalty to the brand will eventually pay off with an exclusive reward, fostering fan engagement and brand equity.

And why stop there? Through corporate partnerships, brands can connect and offer additional discounts. For example, those with an NFT ticket stub from a blockbuster film can visit a chain restaurant and get a discount on a meal tie-in with the film. In fact, these don’t even have to be “official” tie-ins – because NFTs are an open standard, third parties can offer adaptable experiences to try to attract fans of one franchise to another brand or experience. For example, your NFT stub from the last Disney movie will get you 50 percent off a ticket to a comparable Universal movie.

Why NFT Ticketing Matters to DX

Following our mantra of powering great experiences, DX’s goal is to be on the cutting edge of entertainment. If NFT ticketing is the next frontier of cinemas, DX can help enable that transition by incorporating it into its cloud-based software platform.

This approach would also push distributors and exhibitors in the cinema industry to work more closely together, an enormous shift for the industry today that could transform cinema customer relationship management by offering fans who selectively share their data benefit opportunities beyond typical cinema reward programs like free concessions.

We’re excited to see what web3 and NFT ticketing will bring to cinemas. After all, we’re as big of fans of going to the cinema as the audiences our customers serve, and we’re ready to see what the future will unlock. 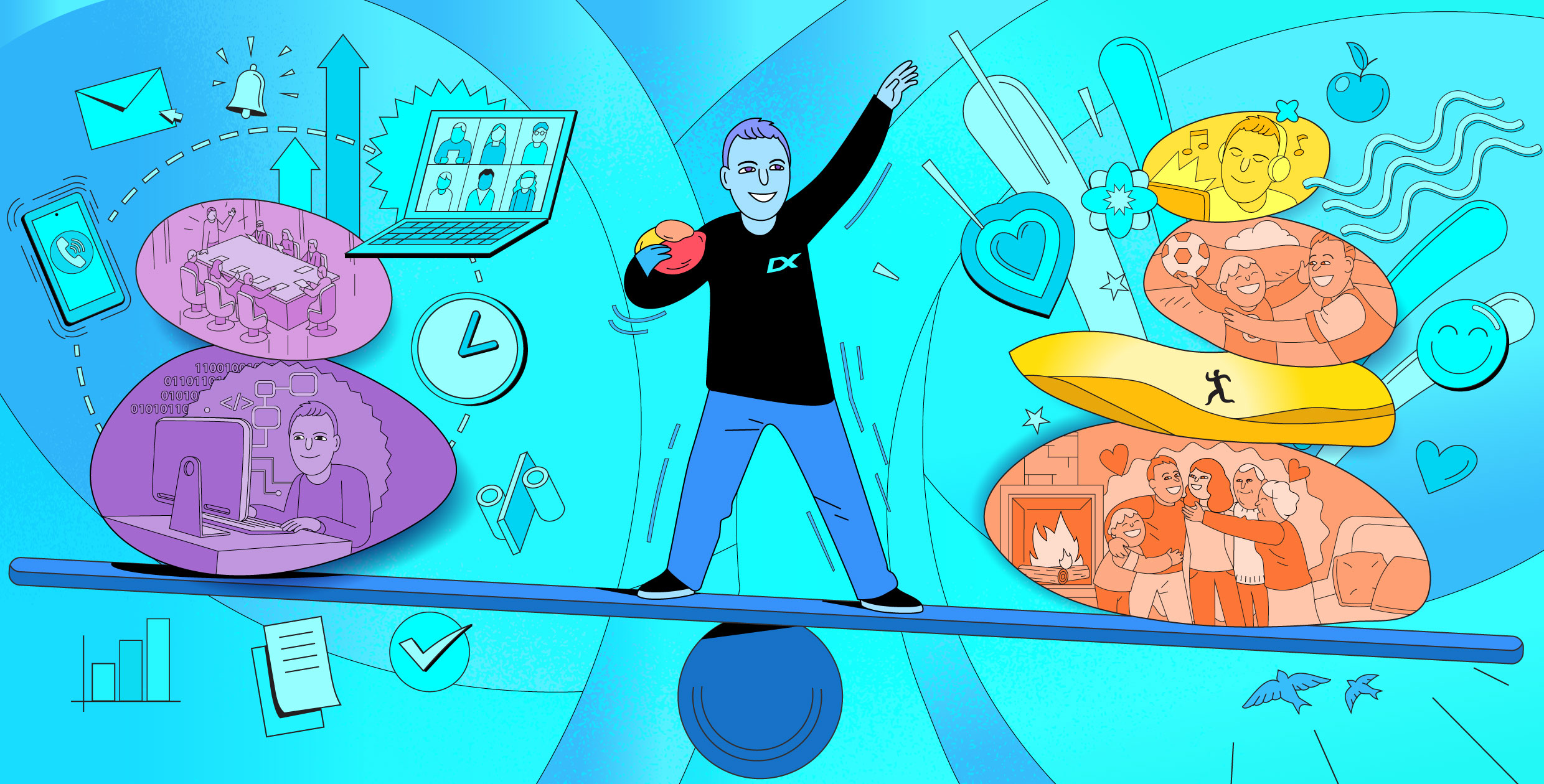 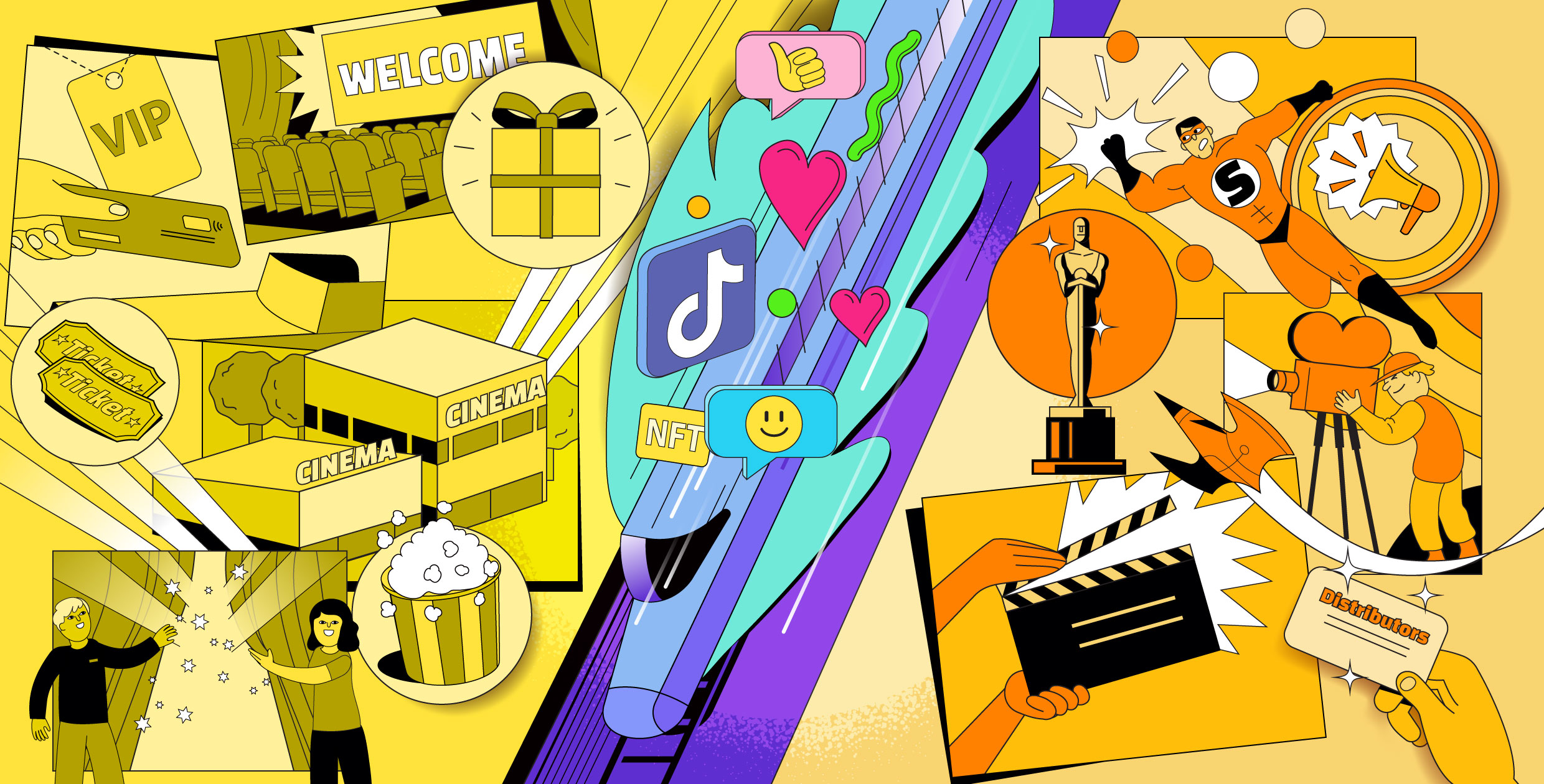 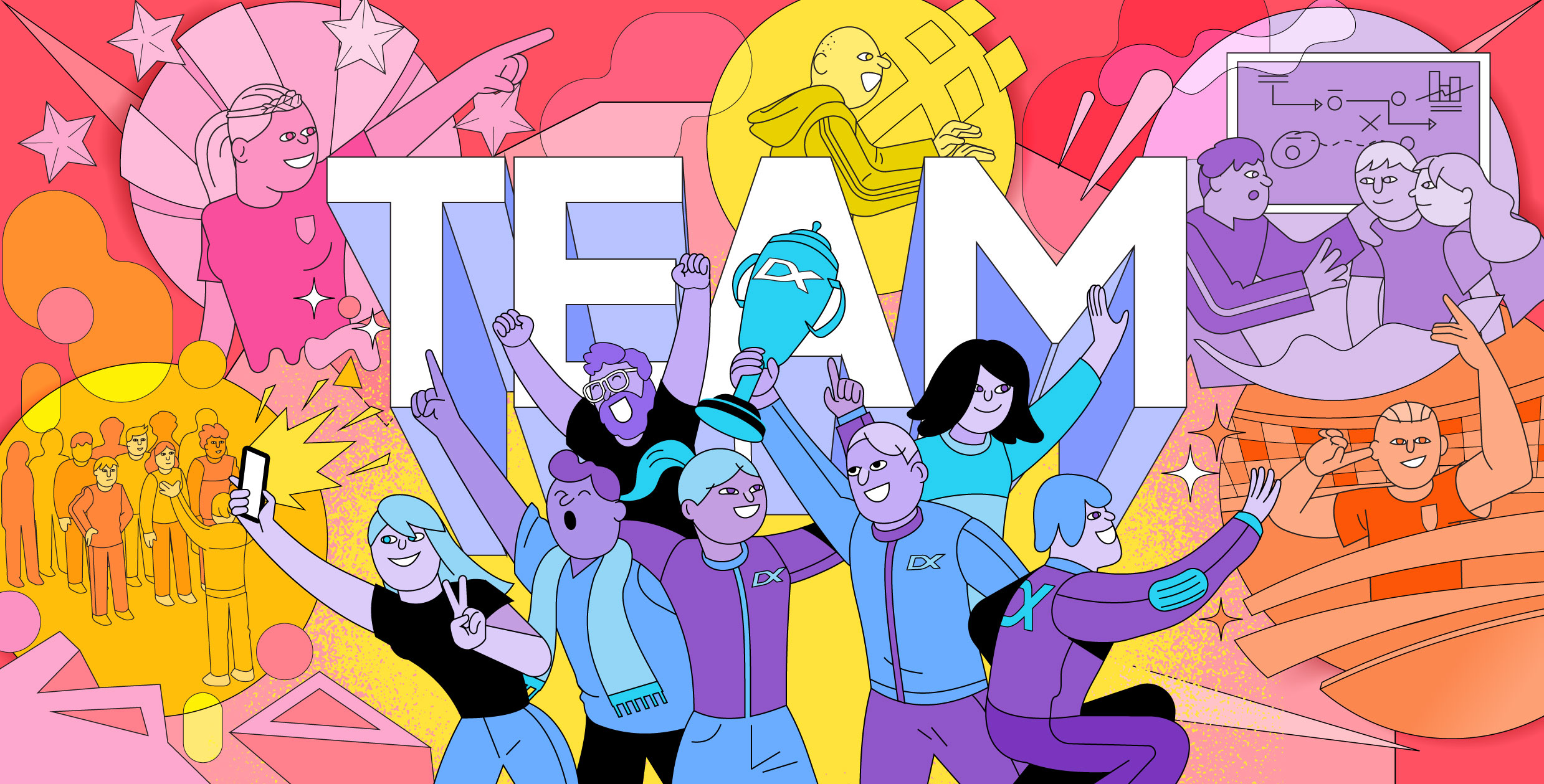 We’re a Sports Team, Not a Family 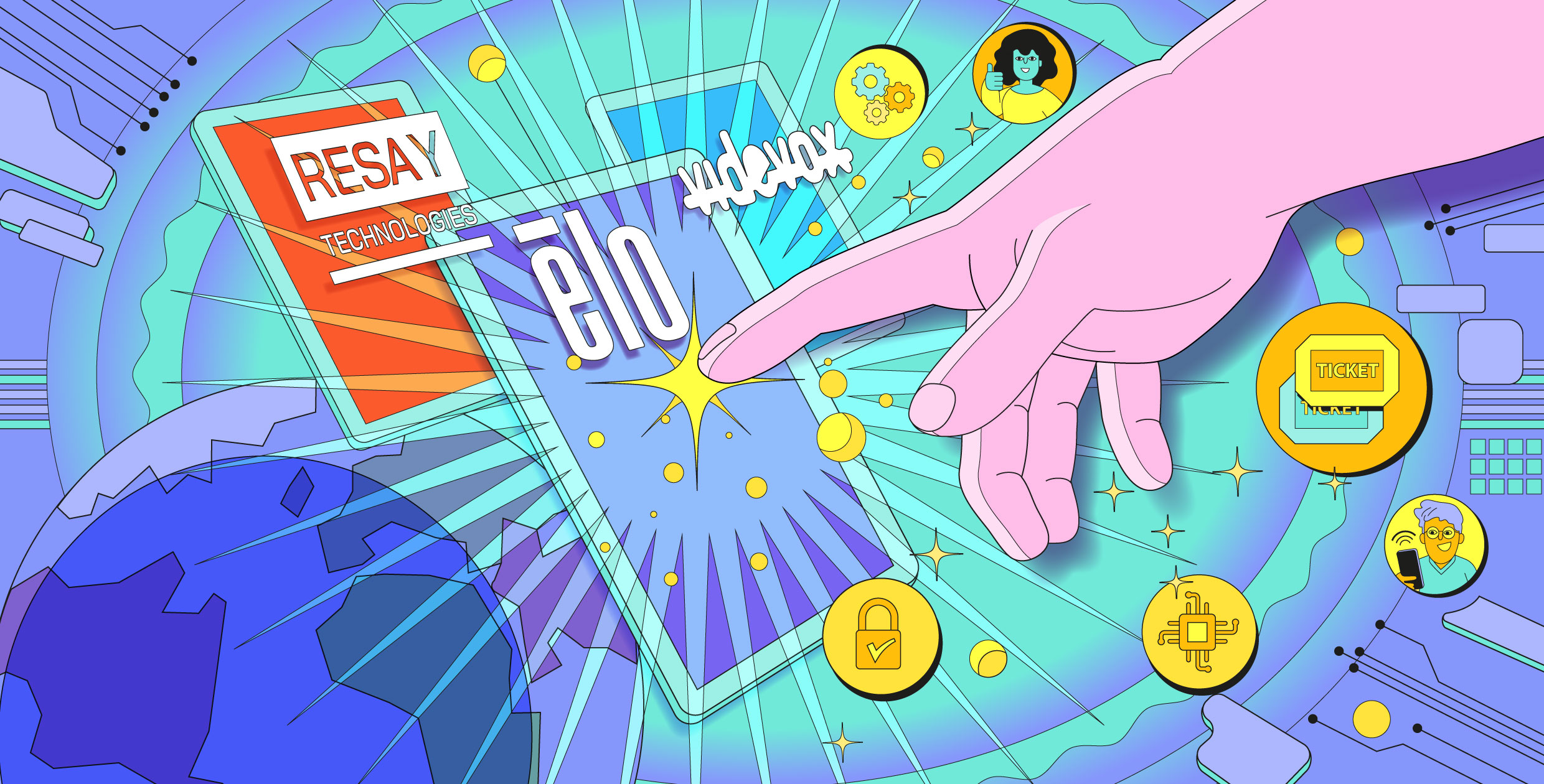