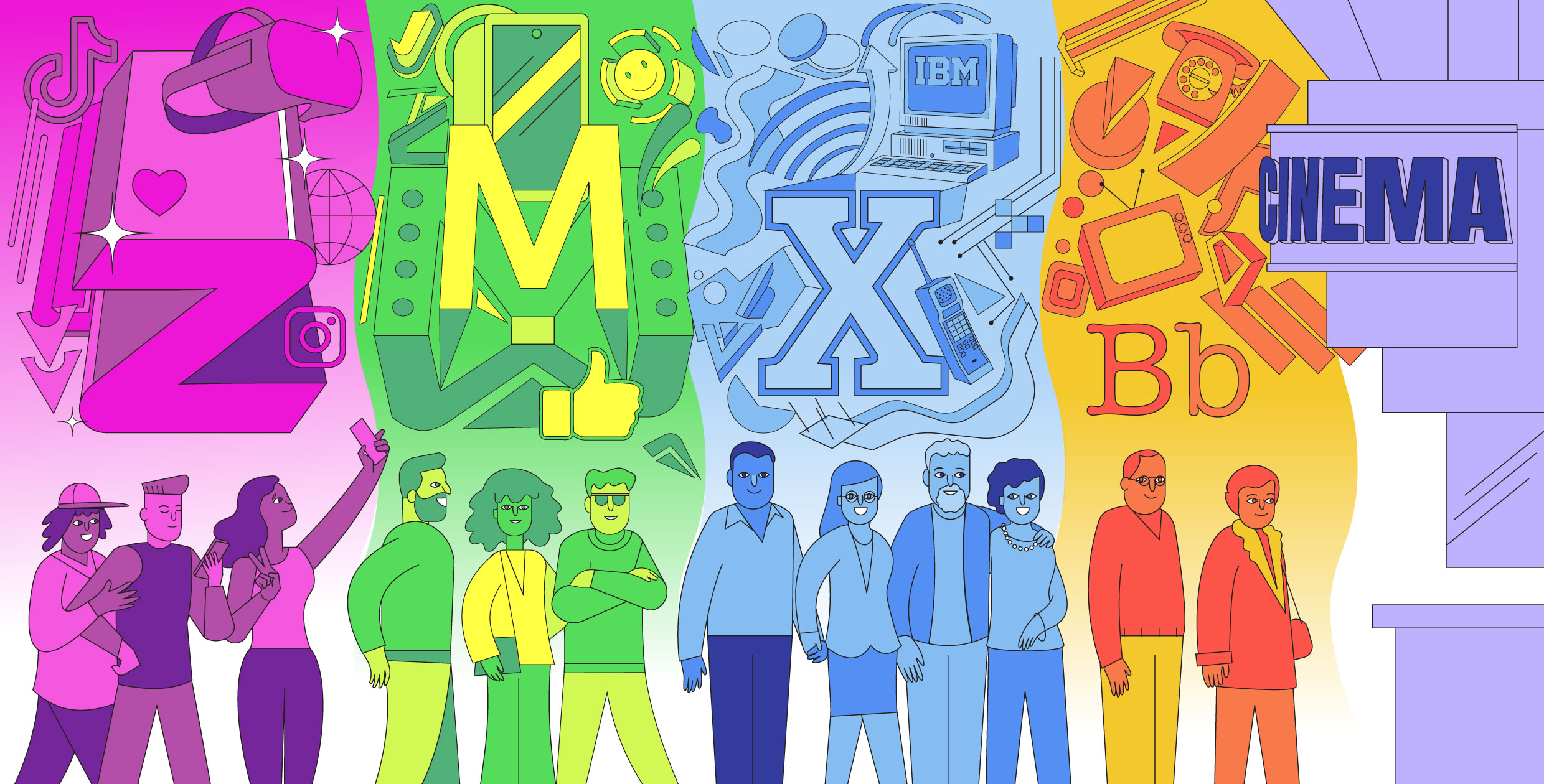 How Cinemas Can Find Generation Z Where They Are

Think back... what did we use for word processing, spreadsheets, and presentations before Microsoft Office? Those who are experienced enough in the workforce could probably name several different software options that they worked with before Office became standard in nearly every workplace in the world and used by more than a billion people worldwide. Others who are younger have likely tried several other software options from B2B startups that have challenged the hegemony of Microsoft Office applications with different degrees of success.

Whatever software one started using to manage your typical office functions, that user likely realized that as the years go by what was once the standard becomes outdated, or, at least, old-fashioned. While that tool might be a solution for the needs that users had at this time, there’s often a newer, better one out there if they are willing to try it. Of course, some people are set with the tools that they’ve learned and don’t consider trying a new approach to their workflow.

Believe it or not, the same idea applies to cinemas and moviegoing, too.

Many of us start going to the movies as children, brought there by older relatives for a fun afternoon. As teenagers, a trip to the movies might be an ideal date. As parents, going to the cinema is likely part of an enjoyable evening away from the kids, and for seniors moviegoing is a way to enjoy time with friends during the week. While those instances might be the standard reasons for moviegoing, that doesn’t necessarily mean that it will remain that way—especially as audience demographics evolve and the reasons for going out to the cinema change as they age.

Though we’ve gained many new methods of accessing content at home over the last hundred years, people still go to the cinema. The traditional way that the industry has segmented cinema audiences–children, teenagers, adults, seniors—may have informed cinema operations for decades, but that doesn’t mean that those markets will continue upon their traditional paths. Frequent moviegoing is habit-forming, and the earlier that cinemas can hook patrons as regular visitors, the more often they will likely make going to the movies a priority even as they grow older.

But industries that expect traditional trends to continue from generation to generation aren’t thinking about how technological advances will affect their use. It’s why Microsoft Office keeps updating its software to outpace emerging competitors that may not even be widely used. Similarly, Generation Z will very soon be the world’s biggest purchasing power, and getting them into cinemas is crucial for the industry. To avoid being short-sighted, cinemas need to consider starting to cultivate their next audience while they target their current audience—it is not only important to advancing business in the years to come, but also a matter of surviving in a constantly-evolving content market.

However, another factor to consider is how the pace changes–as the perspective of each generation changes, so do the industry challenges. While it was once commonplace to advertise to Generation X through television commercials and magazine ads, the changes in media consumption make it harder to advertise to the current generation.

Generation Z is less likely to pay attention to traditional media and is often more invested in other challenges and causes–such as climate change, political scandal, and financial hurdles–than in entertainment than earlier generations were at their age. Furthermore, Generation Z is less persuaded by traditional advertising–they know how ads work and how to avoid them. They demand truth, authenticity, and purpose from their messaging, not product pushing—even when those ads that they feel are truthful or authentic are, in fact, still pushing a product!

While the familiar stereotype of Generation Z is that of teens typically alone and staring at their phones, the truth is that they crave social interactions and gathering with a like-minded community—particularly after two years of cancellations of social engagements because of the COVID-19 pandemic—and the use of their communication apps is often a means to plan a get-together or to keep the conversation going from their last social interaction. For Generation Z, being part of an “exclusive” club or network of relatable individuals can provide meaningful identity and, as a result, added value.

TikTok and Netflix: Competitors with Cinemas?

There might be no better media example to illustrate the difference between generations than looking at two of the most significant media companies of the last quarter-century: Netflix, founded in 1997, and TikTok, founded in 2016. Though established only 19 years apart, the two platforms couldn’t be more different in the way they create and deliver content or the audience they most appeal to. Even the name “Netflix,” since it references the internet, seems dated.

TikTok is also unique as a Generation Z platform in that it has a high participation rate. Unlike Netflix in which users are strictly consumers, 55 percent of TikTok users post their own videos. Not only are users engaged in viewing the content, but they generate their own to participate in the larger digital community–and it does not seem to matter to TikTok content creators that a vast majority aren’t compensated for their contributions.

But that’s not the whole story. Does that mean TikTok is the most valuable platform? That depends on a company’s goals. The success of TikTok indicates that Generation Z is engaged with short-form content. On the other hand, while Netflix isn’t an open, interactive platform, its continued success with multiple generations in content consumption indicates that while Generation Z is engaged with short-form content, it does not mean the death of long-form content distributors like cinemas. In fact, Netflix has been increasingly supporting its releases with theatrical runs, improving what has sometimes been a contentious relationship with cinemas.

Analysts have been attempting to foretell the future of cinemagoing for decades, with many thinking that first television, then home media, then cable television, then streaming were each going to be the end of cinema. Obviously, those predictions have not come to pass. While some analysts are claiming moviegoing will never again reach pre-pandemic attendance levels as viewing habits dramatically changed, the cinema industry has historically proven to be remarkably versatile in adapting to new trends in media.

New technology and its impact on the generational audience has continually forced cinema to adapt, change, and innovate. However, this doesn’t necessarily put cinema in the challenging position of trying to work against new media. Instead, cinema has the unique opportunity to work with new media.

How Cinemas Are Reaching Generation Z

So what can cinemas do about the changing audience this time? In 2017—before TikTok or coronavirus was part of everyday conversation, the UK’s Independent Cinema Office was urging cinemas to go where young people are—both physically and electronically. And some cinemas are doing just that.

Lillehammer Kino is an example of a cinema that is embracing TikTok to help attract younger patrons. The cinema’s TikTok account is managed by the kiosk and concession sales staff of the cinema as part of their daily work responsibilities. Since they are already actively engaged on these platforms, these employees are savvy about what others of their generation are looking for in an engaging TikTok video. Several of the posts have amassed tens of thousands of views, reaching far beyond an audience that could sit in one of the Lillehammer Kino theaters.

A different, but also effective approach is what Rio Cinema in London is doing with its website. The cinema’s website has been created with the idea that it is conveying a brand that stands for something rather than a simple listing of showtimes for a neighborhood cinema. Rio Cinema’s strategy is clearly portrayed in the website’s look and feel, which attracts not only a younger audience but also a cinema-lover audience. For example, Rio Cinema hosts community screenings, which respond directly to the Gen Z and Millennial value of being a part of a community. They use those communities to also segment their emails, understanding that personalization is key instead of sending a “one size fits all” advertising blast. Some examples include the Rio Cinema Parent & Baby Club and its series of Classic Matinees with reduced ticket prices and free tea for older patrons.

Even when they aren’t visiting the cinema, members of Rio Cinema’s supportive community can contribute to its success. At the top of its website the Rio Cinema has an option to support the cinema by watching films online, which appeals to the activism-minded Generation Z who are more prone to participate in supporting causes in a digital space.

Building the Next Audience… and the Next One

As new platforms emerge, businesses that intend to remain viable with future generations will need to learn how to work with those new platforms to market their products.

By including the mentality of younger cinemagoers in their decision-making, cinemas are discovering that Generation Z can be a loyal, supportive, and perhaps even life-long audience—just in time for the industry to figure out the wants and desires of the next generation! 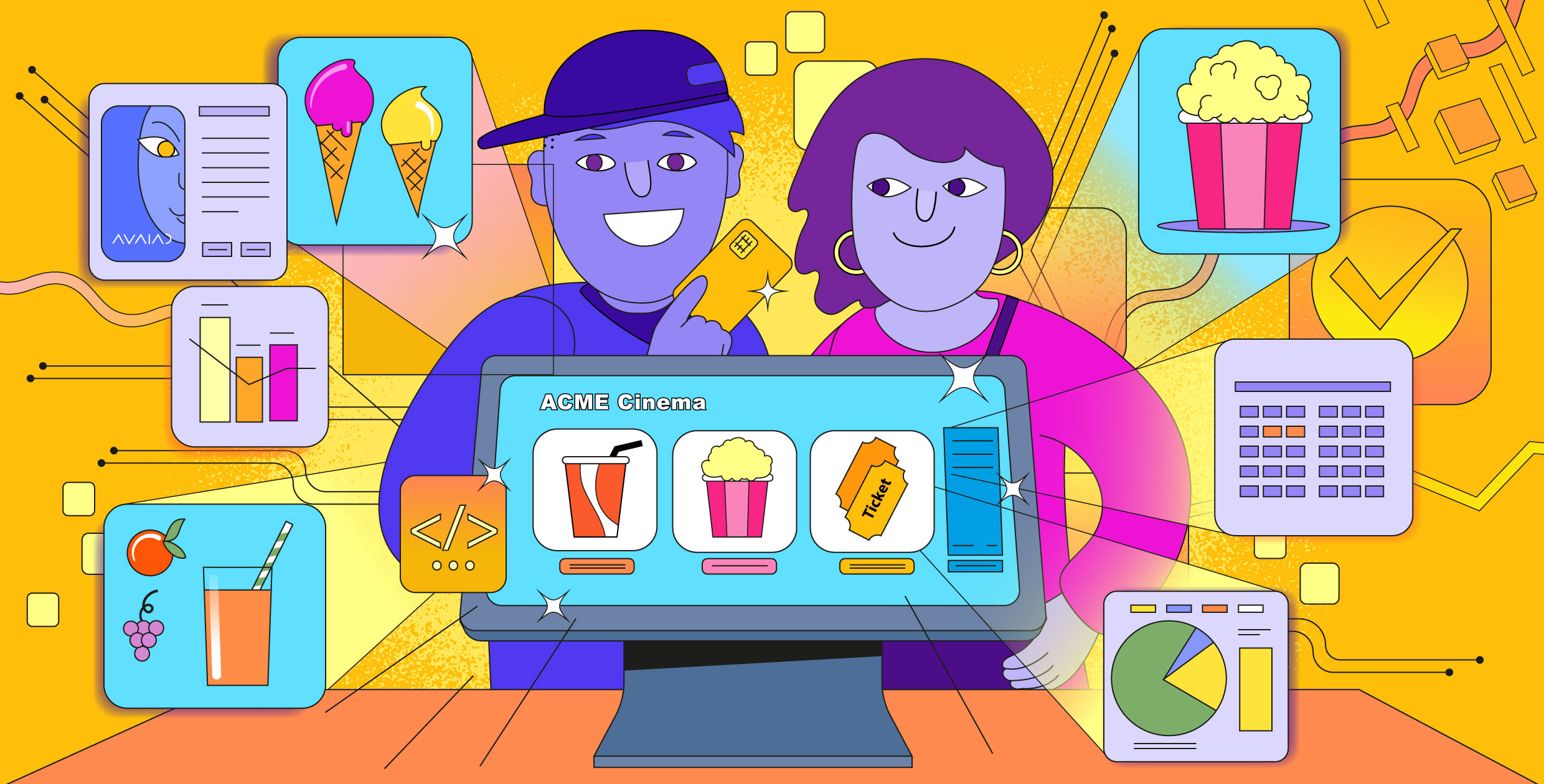 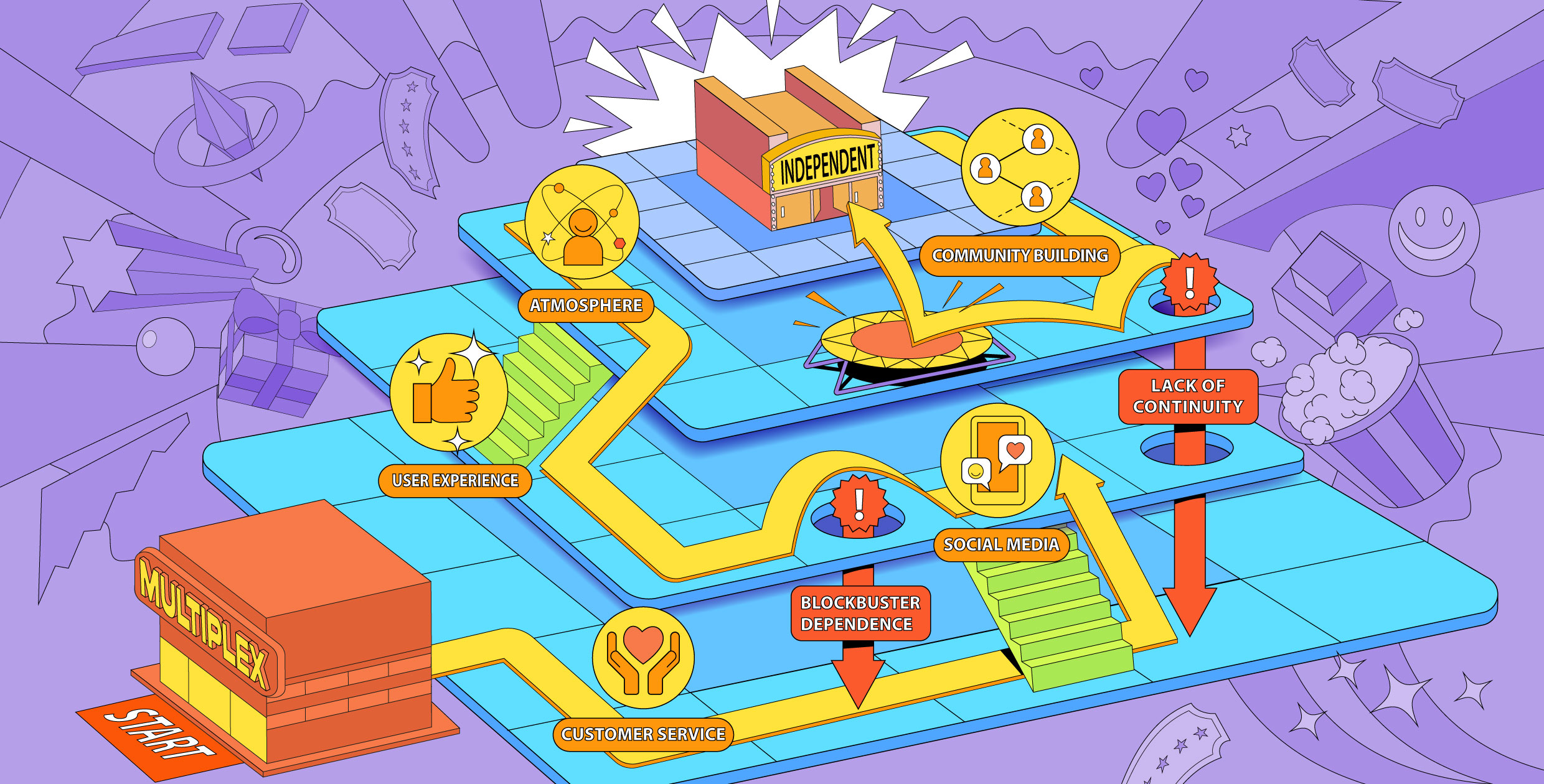 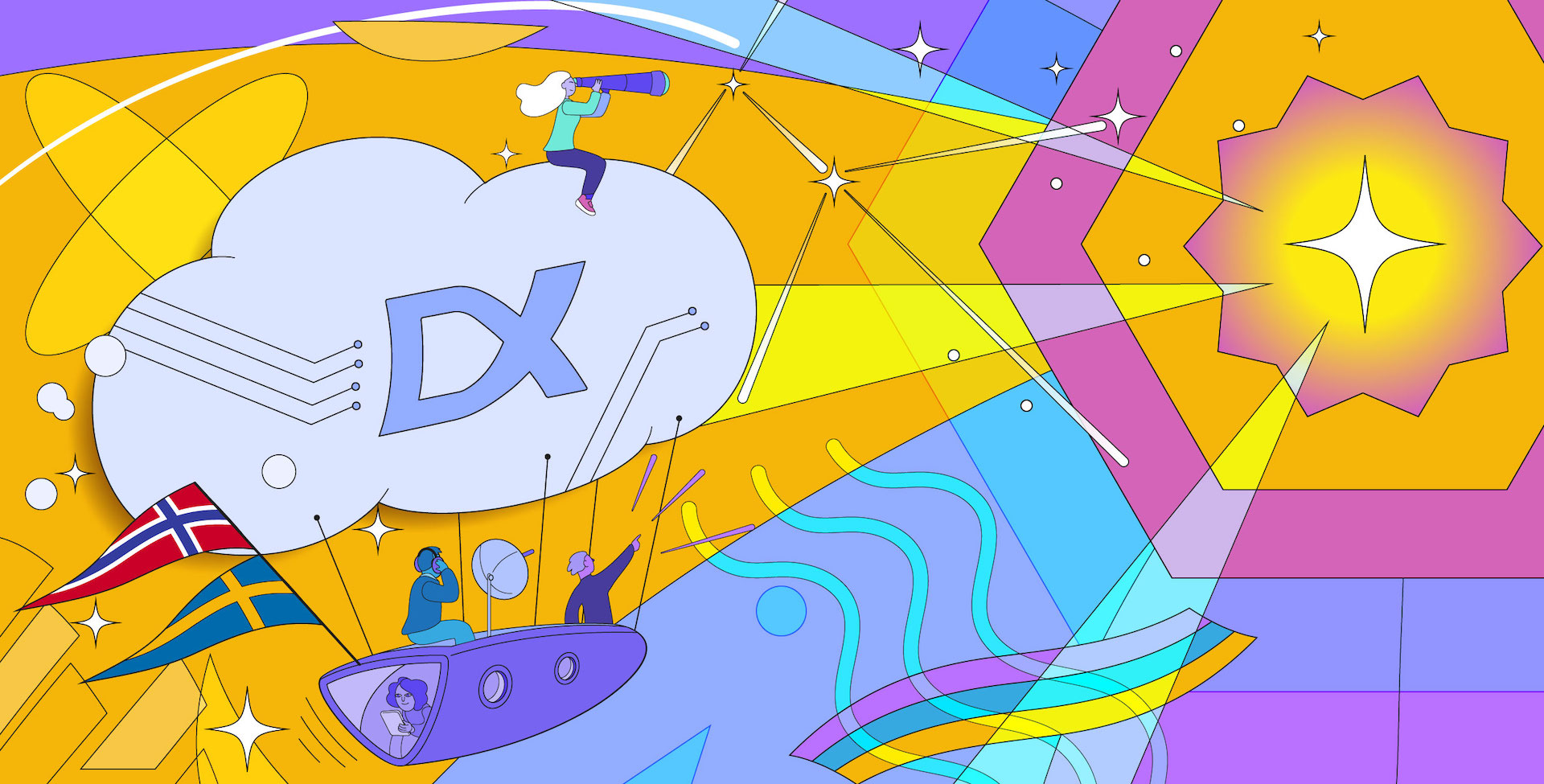 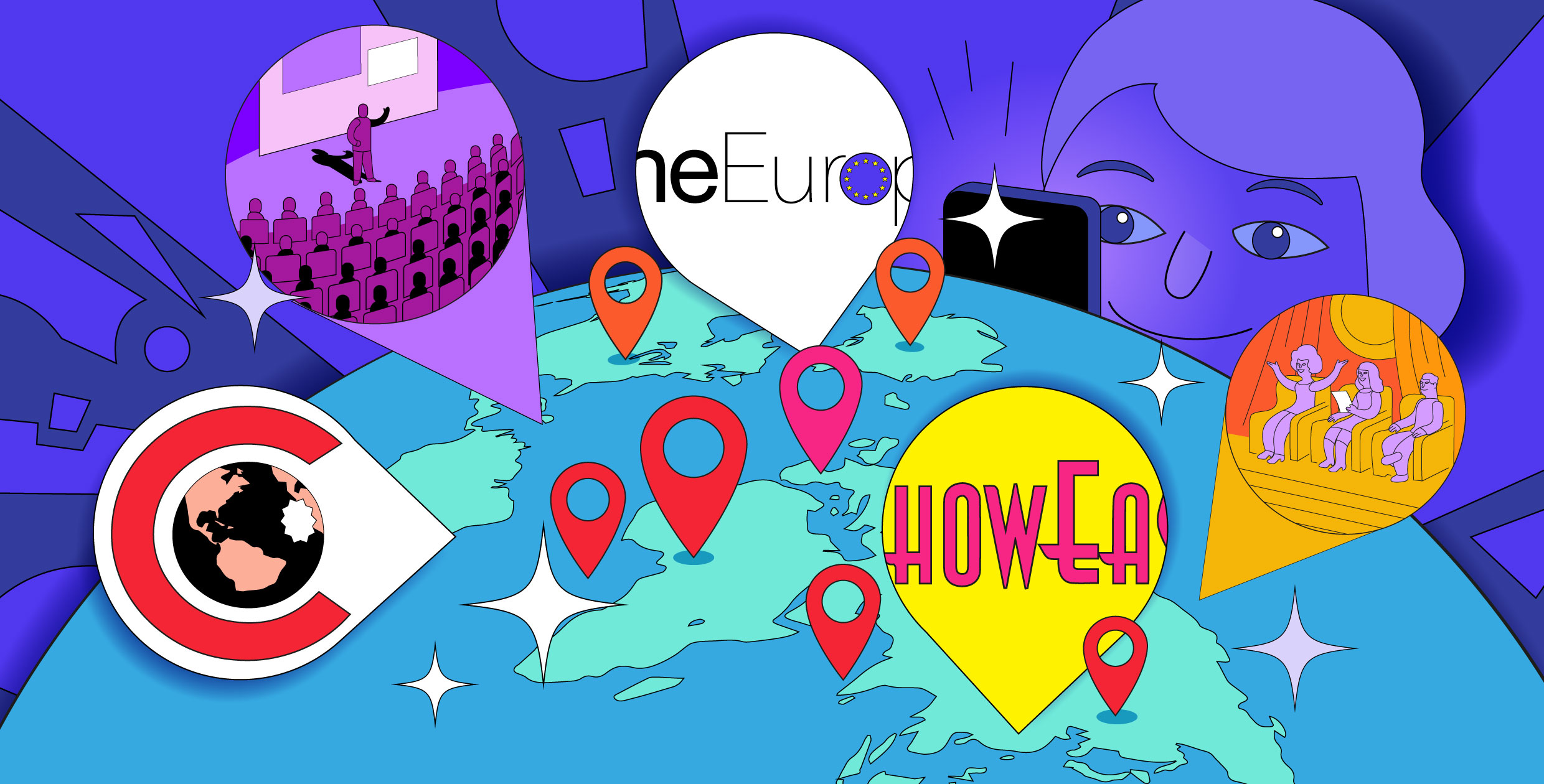